Wax moths (Achroea grisella) are very dangerous pests and if they multiply, they can completely destroy the honeycombs in the hives, and then the entire bee colony. Moths live only 12 to 15 days. During this time, the female lays 500 to 700 eggs, and carefully places them in the rot that is on the base of the hive or in small cracks, and most often in parts of the old honeycomb, blackened and dilapidated honeycomb. After 5 to 15 days, depending on climatic conditions, small larvae hatch from the eggs, which are very mobile. If females lay eggs in the fall, they are very resistant and can be maintained throughout the winter, and when they thaw in the spring, then the larvae hatch. Worm larvae live for 20 to 140 days, which primarily depends on the temperature. Namely, when the temperature drops below 10 degrees, then the larvae stop developing, die and are immobile. In such a state they spend even a few months, but as soon as the weather warms up, they begin to develop normally. Then they cocoon themselves, and later transform into butterflies. The larvae cause enormous damage because they destroy the honeycombs. They destroy the cells in which the brood was made.

The fight against the wax moth consists of taking the following measures:


Wasps cause great damage to bees. In recent years, they have become a significant danger in some places, so serious consideration must be given to combating them. They are not only harmful because they feed on honey, but they buy larvae from the bee brood and feed their brood with them, and they also transmit infectious diseases. 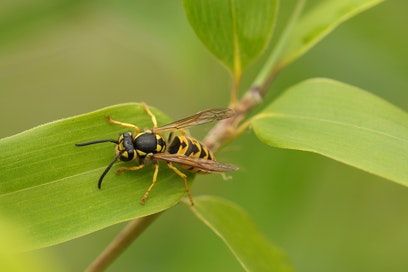 There are several ways to control wasps.

Bee louse is a very small insect that lives on bees and greatly disturbs them. Bee louse like to feed on royal jelly, which is why they usually attack the queen and young worker bees that produce royal jelly.

When they multiply significantly, they slow down the development of bee colonies and thus reduce honey production. 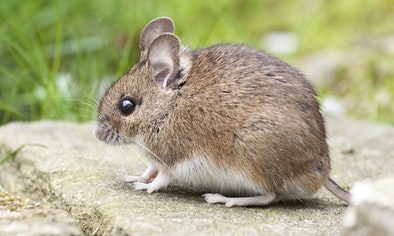 Mice are very dangerous pests. They are sensitive to bee stings and therefore, during active flight, worker bees prevent them from accessing the hive. But as soon as the bees form ball, then the mice, if they crawl into the hives, can do great damage because they bite the honeycombs and eat the honey, disturb the bees etc. They often make their nests in the hive and breed there. That a mouse is in a hive can be detected by its feces or the constant buzzing of bees. The most effective fight against mice is to put combs (grids on the flight of the hive) when the bees are dormant, which will prevent them from entering the hive. This grid is placed in the summer only at the time only when the bees are dormant, that is, as soon as the bee colonies start to warm up and prepare for the winter. However, if the mouse has already crawled into the hive and settled there, then the bees should be moved to another hive. 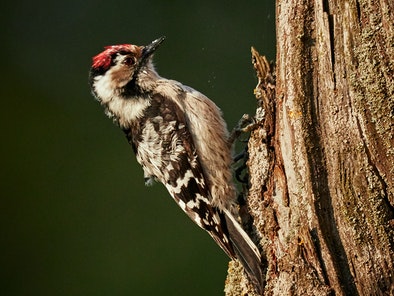 Little is known that a number of birds attack bee societies and feed on them. The most dangerous are woodpeckers, woodpeckers and budgies. Sometimes bees are attacked by chickens, turkeys, and guinea fowls, usually in the growth phase, i.e. when they are neither chickens nor adult chickens.


All the mentioned animals and some other birds find it difficult to catch and eat live worker bees, because they sting them in the area of the oral part. The biggest mistake is if some beekeepers, when cleaning the hive, throw dead bees around beehives what is attracting birds and animals. When they eat them, they catch drones, which do not sting, and also live worker bees.

In winter, when it snows, the birds find it difficult to find food and then land in the hives and eat dead bees, and then peck in the hive, disturb the bees, which fall from the ball to bottom stand, so if they manage to get out through the entrance reducer, the birds catch them. If it is very cold, they stiffen as soon as they fall off the ball.


Some birds catch bees in flight. Among them are the most dangerous swallows, which sometimes fly in a flock above the beehives, waiting for the bees to leave or return from the pasture, catching them and eating them. The greatest damage is if the queen is killed by birds during the flight to the wedding flight. It has been observed that sparrows also attack bees, but primarily males. The sparrow catches a live bee, flies with it to a tree and keeps it in its beak for a long time until the bee dies. He then lowers it to the ground, tears it into smaller pieces, and eats it.


In order to protect bees from domestic animals, the apiary should be fenced off. When inspecting the colonies and cleaning the hive, especially the floor, you should carry a suitable container in which all the dirt and dead bees are collected. After the inspection, dirt and dead bees should be burned or buried in the ground, at least half a meter deep. It is one of the preventive measures against both diseases and pests. In addition, it is necessary to collect dead bees, burn them or bury them more often, especially in the winter, from the take-off board. During spring and summer, it is necessary to break the nests of these birds in the area, and in critical periods, birds may be afraid of wind alarms. Otherwise, if these are especially useful birds, in addition to the measures that are taken, so that they do not get used to catching live bees, in winter, a little further from the apiary, you should hang a basket with food so that birds do not need to attack bees. Under no circumstances destroy useful birds.