There are basic rules - principles that must be followed when dealing with beekeeping. 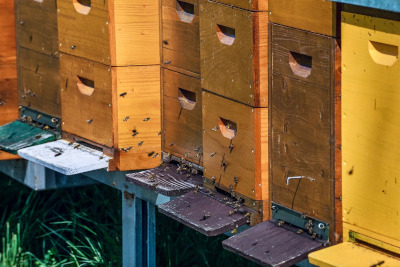 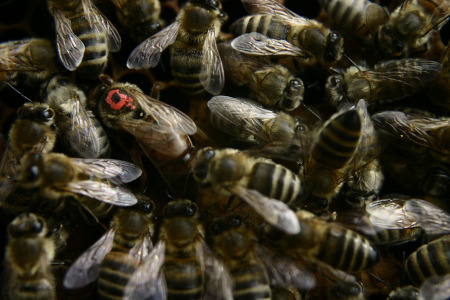 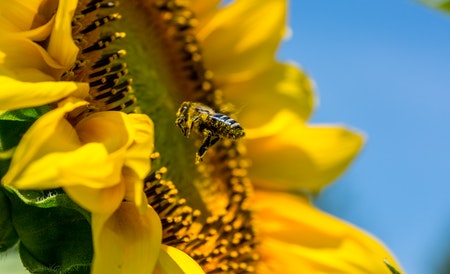 
The honeycombs in the hives should be replaced regularly and in a timely manner. In the process of honeycomb production, it should not stay in the brood for longer than 4 years. This means that every year one quarter of the frames with old, worn and blackened honeycomb should be changed in the fruiting body. If there are, for example, 12 frames for hatching, then every year three frames should be replaced with old honeycomb. Thus, in normal production in such an orchard, there will be three frames with one year old, three with two year old, three with three year old and three frames with four year old honeycomb. Young honeycombs should always be produced on one of the earlier pastures: oilseed rape, fruit pasture, dandelion, etc. You should never produce honeycombs on the main pasture, because this would significantly reduce honey production and the quality of honeycombs. 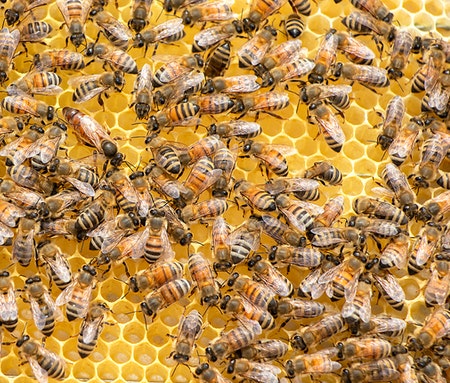 Every beekeeper should provide sufficient quantities of built honeycomb before the main grazing of the year. It is a big mistake if during the main grazing, frames with wired wax bases are placed in the honeycomb, so that the bees first build the honeycomb and only then fill it with honey. Bees waste a lot of time and spend material and energy to build honeycombs instead of producing honey. That is why the production of a spare honeycomb should be done on one of the earlier pastures, so that when the main pasture of the bee colony arrives, it will work only on collecting nectar and processing it into honey.


Throughout the entire process of working on the apiary at the time of hatching of worker bees, and especially in early spring and autumn when there is no grazing, preventive measures should be taken to avoid predation. The most important thing is that only strong and healthy societies are always kept in the apiary, weak and sick ones should be rehabilitated as soon as possible, that when feeding bee colonies, strict care should be taken not to spill food on the apiary and outside the hive.


Too much smoke is harmful to bees, especially when working with a material that creates hot smoke, and even more if the smoker does not have a grille to prevent the material from coming out of the smoker. Unprofessional and excessive blowing can even cause the loss of the queen. Therefore, bee colonies should be inflated as little as possible. Recently, scientists have been pointing out that with too much smoke, bees lose their power of orientation, that is, they find it difficult to find pasture. Smoking has been found to cause lower honey production. 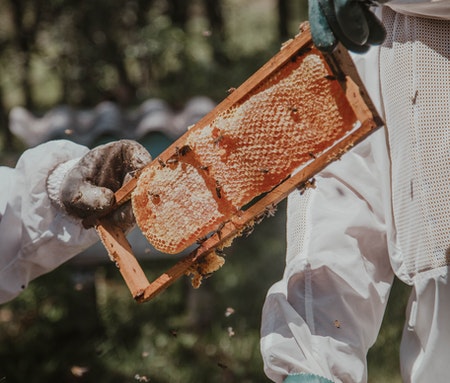 Smoking calms the bees so that beekeeper can work more easily, but the harmful consequences of stronger smoking are very significant. In addition to the fact that a smoked bee colony consumes more honey for food, and produces significantly less honey, smoke can have a negative effect on the honey it comes in contact with. Honey under the influence of smoke can change color, taste and smell which affects the quality of honey. The extent to which these changes will occur depends on the intensity of the smoke, the material that is ignited, and the extent to which the honey is closed with wax caps.

In order to avoid such harmful consequences when inspecting bee colonies, it is necessary to smoke as little as possible, and to use a material that does not give off hot smoke. Finally, unnecessary controls should be avoided, and this can be achieved in a number of ways. Water sprayers can be used instead of smoke. As the bees are sprayed, they dry out very quickly, and this leaves no harmful consequences, especially on their orientation. Beginner beekeepers should pay attention to this, so that they do not accidentally smoke the bees too much or smoke them with the wrong material. It is best to consult a salesperson who knows the good practices applied in beekeeping for beginners.

Bee colonies should be inspected only when it is really necessary. Some beginners make the mistake of often opening the hives, usually out of curiosity and thus unnecessarily disturbing the bee colony. Excessive disturbance of bees by frequent inspections affects the reduced intake of nectar and pollen powder and increases the consumption of honey to feed the bee colony. This practically means that the total honey production is reduced. Therefore, bee colonies should be inspected only when it is really necessary, and frequent inspections, especially detailed ones, removal or movement of frames should be avoided. Such examinations can cause damage to the queen, especially if done unprofessionally and incorrectly, and under unfavorable climatic and other conditions that sometimes lead to the inclusion of the queen, which is why she often dies. It is recommended that detailed examinations should be performed twice a year, first after hibernation and second before preparing bee colonies for hibernation. Read more about the spring inspection at the Spring Bee Inspection. 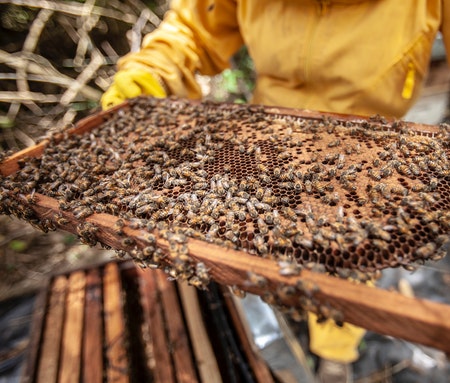 Easy routine inspections without moving the frames in the brood box can be performed as needed and more often, and they can be used to establish the situation in the bee colony between the two detailed inspections. The most important thing is to work carefully and quickly. It is especially harmful to disturb societies during the main grazing.


In order to achieve high honey production, it is necessary to have a normal number of drones in bee colonies, especially during the intensive collection of nectar and its processing into honey. The bee society is a biological whole composed of queens, worker bees and drones, which exist only in the period from early spring to late autumn. That is why it functions, lives and works best only when that biological whole is normally assembled.

There were experiments in which a drone brood was permanently destroyed in a certain number of hives, so that drones were not allowed to be carried out at all. Such companies could not develop sufficiently, while the control companies achieved high honey production. The normal number of drones in a bee colony ranges from about 200 to 600, which depends primarily on the strength of the colony. It is calculated that under normal conditions there should be about one percent of drones in relation to the total number of worker bees. A normal bee colony produces about 2,000 drones during one season (while there are drones in the bee colony). However, if the honeycomb is too old in the hive, or if the damaged queen lays a large number of unfertilized eggs from which only drones are hatched, then the number of drones in the bee colony will be significantly higher than normal, which significantly reduces honey production because the larger the number of drones, the smaller the number of worker bees. In addition, drones consume significantly more honey than worker bees. Almost three times more honey is used to feed a drone brood than a worker bee brood. Therefore, all necessary measures should be taken so that there are no more or fewer drones in the bee colony than is normal. 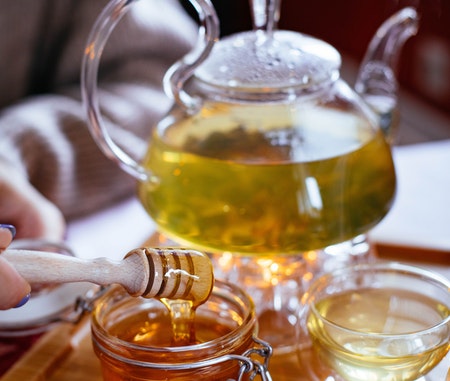 Every beekeeper, including novice beekeepers, must be breeders of bee societies. Particular attention should be paid to the fact that eggs, i.e. larvae for the production of queen cells and queens, i.e. for artificial swarming, are taken from those bee colonies that achieve the highest honey production in the apiary for several years, if there are records. It is also important that the society has other advantages, primarily that it is not prone to swarming, that it is peaceful, that the worker bees from that society sting as little as possible, that the bees are as large as possible, that there are no diseases and pests, etc. degeneration due to perennial fertilization of queens by drones from the same apiary, and perhaps from the same bee colony from which the unfertilized queens originate, the queens should be taken for fertilization away from their own apiary at least about ten kilometers by air.