Pollen powder in bee colony and in human nutrition


Much has been written about pollen powder, as very useful in human nutrition and as a stimulant in the treatment of a number of diseases. The chemical composition of pollen powder speaks about its benefits. The substances contained in pollen powder are very valuable, and what makes them even more valuable is that they are very easily absorbed by the human body, and there is a growing interest in pollen as a medicinal-diabetic product. Pollen has a beneficial effect on the process of growth and metabolism in the body. It is also pointed out that pollen powder regulates the disturbed function of the stomach and intestines, has a beneficial effect on gastritis, liver and kidney diseases. 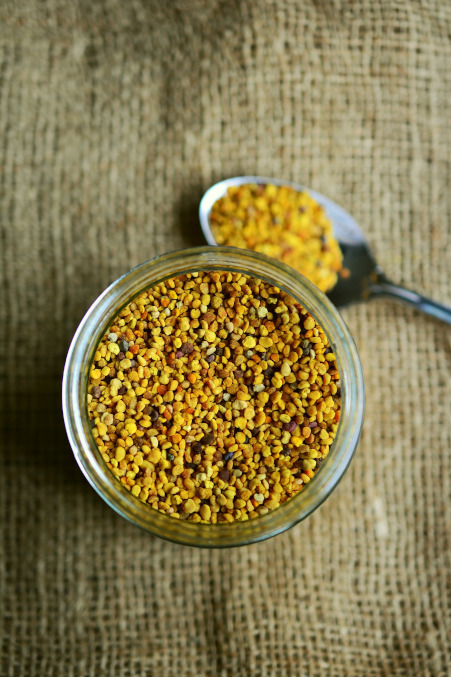 How to use pollen powder


Pollen grains have a very thin double shell. According to research, it has been determined that this envelope is made of matter that is very difficult for the human body to digest. Therefore, it is recommended that the pollen powder be finely ground or beaten before use, so that the pollen shell is destroyed. In this way, pollen powder gives far more favorable results.

Pollen can be taken in various ways, in the form in which it is collected, to specially prepared capsules or tablets. However, for a wider application, it is simplest to make a mixture of ground pollen powder and honey and to use two to three teaspoons a day as such. Most authors recommend that pollen powder be taken three times a day for half an hour before meals. Doses vary, ranging from 5 to 20 grams per day, with initially slightly higher doses being taken, which are then reduced. It is best to consult a doctor for this.

Pollen powder is also a great beautifying agent. It is used in various ways, alone or in a mixture with royal jelly. It is most often used to prepare face masks by grinding pollen and mixing it with lemon juice or olive oil etc. The mask prepared in this way is applied to the face and neck, and after 30 to 40 minutes it is removed from face washing.


For bees to visit the flowers of the culture to be pollinated, they can be successfully trained, which in some cases is particularly significant. Dressing is very simple: in the sugar syrup, made in the usual way, in the evening the flowers of the plant to be pollinated are dipped, but so that the flowers occupy one third of the volume of the syrup. Since the syrup, during the night, receives the smell of flowers, early in the morning, two hours before the bees fly out, they are fed with 100 to 200 grams of this syrup, per company. This is repeated every day during the flowering of the plant to be pollinated. Accustomed to smell, bees fly to plants whose flowers are trained. 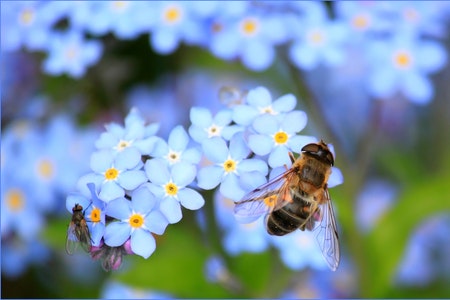 When a large number of bees accumulate on the feeder, they are covered with tulle, and maybe with a thinner cloth, and in relation to the plot of culture that needs to be pollinated. There the feeder is immediately discovered. The bees, with a full stomach, will soon return to the hive, where they will empty their stomachs and return again to the feeder. An even larger number of other honey bees go with them. After this is repeated several times, the feeder is removed, and the bees are trained and come to the desired plot. Training is necessary primarily because at the time of flowering plants that we want to pollinate bees, bloom and other honey plants, which they often prefer to visit.

Beekeeper can act to make bees more active in pollinating certain plants and by destroying other plants that are in the immediate vicinity. Alfalfa, for example, is very important for livestock production, i.e. for the production of meat and milk. However, alfalfa is grown on small areas, mostly due to problems in seed production. Namely, bees are reluctant to visit alfalfa flowers due to insufficient nectar secretion, low sugar content and the construction of the flower.

In addition, at the time of flowering alfalfa blooms and other plants that bees prefer to visit. That is why bees are trained to visit the flowers, especially the ones that take longer, and that the bees are left with alfalfa honey for food, which is given about ten days before the beginning of flowering. It is also important that bee colonies migrate to alfalfa plantations, but that hives are placed as close as possible to the central part of the plots, and not to the ends. It is similar with some other plants.