Important jobs during the main grazing


Whenever possible, bee colonies should be as close as possible to the pasture, which means moving from one place to another, where the same or some other pasture is just beginning. It is not said in vain that "honey on the shaft gives birth", because if the pasture is closer, the bees use it more efficiently. In that case, they fly less and when they are filled with nectar and pollen powder, they get far less tired. Otherwise, bees move away from the hive at different distances, which primarily depends on weather conditions and the distance of grazing. In bad weather, bees do not fly far, if the weather is nice and the hive is close to the beehives, the bees do not fly far even then. However, if the pasture is far away and the weather is light, the bees move up to five kilometers away from the apiary, sometimes even further. 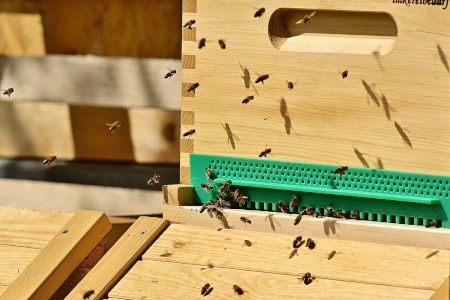 In 1953, the Jovan Momirovski moved his bees from Tetovo to a chestnut pasture in the village of Lesak, seven kilometers away on a topographic map. He found that the next day a number of worker bees had returned to the old apiary in Tetovo. The bees flew exactly to the places where their hives were, and then, after some time, flew into other nearby hives, which were not moved away because they were. The effects of beetle work are far greater when grazing is closer and flight is shorter. The distance of two to three kilometers will be covered in 20 to 25 minutes or five times later, and flights at a distance of five to ten kilometers can last from one to three hours. These data clearly indicate how much honey yield depends on the distance of the bee pasture from the apiary.

We will understand how important the proximity of the pasture is if we get acquainted with the facts from the life of bees. In order for a bee to produce 100 grams of honey, it must visit about a million flowers. To produce about a kilogram of honey, the worker bee needs to bring about 140,000 of its loads of nectar to the flowers. To produce about a kilogram of honey, worker bees need to fly about 400,000 kilometers, assuming that the pasture is 1.5 kilometers away from the apiary on average.

However, a number of beekeepers do not have the ability to migrate bees. With a lot of knowledge and attention, you can do beekeeping without moving. Those who move bee societies, on the other hand, must strictly adhere to all regulations on the migration of bees, about which the best information is obtained from the veterinary inspection and the beekeeping society in the municipality.

When extremely strong bee societies have already been created, and when the basic characteristics of the main pastures are known, the most important tasks remain, before and during the main pasture, as follows:

Prevent the appearance of the urge to swarm and create a working mood in the worker bees to collect nectar and process it into honey.

If the works on the apiary could be ranked, then surely the number one job would be to create extremely strong societies. Number two is the maintenance of such a strong society without the urge to swarm, and the worker bees are in the mood to collect nectar and produce honey. However, there are elements that indicate that these two jobs can be, in importance, equated, because what is worth if an extremely strong bee society is created, and before or during the main grazing the urge to swarm appears. In such a case, high honey production cannot be achieved, because if the bee colonies swarm at that time, then they will hardly produce as much honey as the swarm needs and the basic society that swarmed. 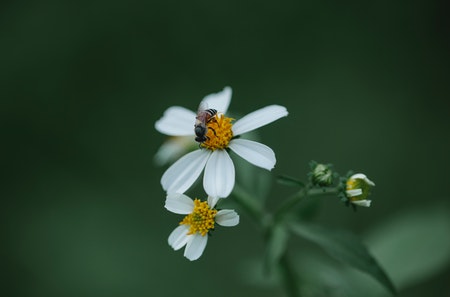 In order to keep the bee colony strong and in a constant working mood, the following measures need to be taken:
If the bee colony is so highly developed before the main grazing, that there is a danger of the urge to swarm, one or at most two frames with a mature closed brood can be taken from that colony, with which another colony can be strengthened. These frames are framed with a young properly built honeycomb, or, if it is not there, a frame with a built-in wax base can be used. This will significantly reduce the possibility of the urge to swarm.

The space in the hive should be expanded slightly and sufficiently. This is quite certainly, the most significant measure at this time, to achieve the desired goal.


It is often pointed out that only extremely strong bee colonies are able to achieve high honey production. The height of honey yield in general, even in extremely strong bee colonies, mostly depends on how the main pasture will be used. The main grazing in most cases does not last long, but in normal conditions the honey is very intense and gives large amounts of nectar. A clear example of this is the black locust pasture.

When there is a lot of black locust pasture and when the climatic conditions are favorable, in the period of the most intensive honey, one extremely strong and healthy bee company can achieve nectar intake of up to 10 to 15 kilograms per day. If there are only 4 to 5 such days a year, with the rest of the pasture being only average, it is certain that high honey production will be achieved. However, when another main pasture is used, for example, sunflower, which in normal climatic and other conditions can be from 20 to 30 kilograms of honey per hive, it turns out that with extremely strong bee colonies can really achieve high honey production. In order to achieve that, it is necessary for the bee colonies to be extremely strong 4 to 5 days before the beginning of the main grazing and to create a working mood for collecting nectar and processing them into honey during the main grazing 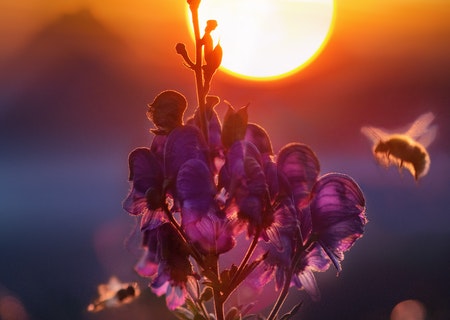 For high honey production, it is necessary that all frames in the fruiting body be filled with brood, honey and pollen powder by the first main grazing. This practically means that early spring pastures, such as oilseed rape, fruit, etc. should be used as well as possible. In the early spring pastures, as a rule, bee colonies develop, produce honeycombs from wax bases and fill the brood with honey and pollen powder, so that as soon as the main grazing begins, the bees immediately collect nectar, process it into honey and store it in the honeycomb. The effects of production are smaller if the bees first fill the space in the brood box with honey at the beginning of the main grazing, and only after that they move to the honeycomb. If there is not enough bee pasture for these purposes in the earlier period, the colonies can be fed with sugar syrup as much as necessary to develop, produce honeycombs and fill the entire free space in the brood box with honey. In these cases, honey from the brood must not be squeezed and placed on the market, because it contains more sucrose than the allowed amount.

In all parts of our country, where the first main grazing of black locust is, it happens that there is a grazing period between fruit and black locust grazing. This can have a detrimental effect on the later production of honey, because then the societies are generally very strong, with a lot of brood to be fed and nurtured, so large amounts of honey and pollen powder are consumed from the reserve, and the queen lays significantly fewer eggs, sometimes almost to stop. The less eggs the queen lays eggs in that period, the later the age structure of the worker bees will be disturbed, because there will be fewer young worker bees. This, when the main pasture arrives, would reduce honey production. Therefore, between fruit and black locust pastures, if there is a grazing period, or there is very little grazing, bee colonies should be fed sugar syrup, but so much that the intake of nectar and pollen powder and added syrup totals a maximum of about 600 to 700 grams per day. This is the second measure before the main pasture.